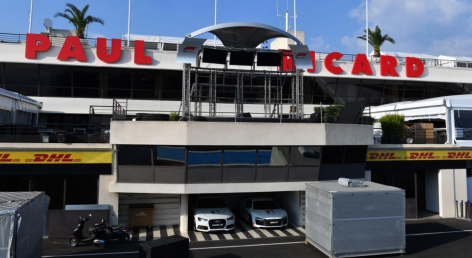 The 2018 French Grand Prix is the first race of Formula One’s Triple header. Over three successive weeks, Formula One will first the South of France, the mountains of Speilberg, Austria, and the more than likely soggy Silverstone.

Whilst the prospect of back to back to back races may leave drivers and fans drooling, the prospect is a little more daunting for the supply and logistics team tasked with ensuring each event runs seamlessly.  In the 48 hours following each event DHL, The Official Formula One Logistics Partner, is tasked with moving more than 1000 tonnes of freight safely and on time.

“For the spectators at the track and in front of their TV sets view, a Grand Prix is a huge spectacle,” says Martin Pople, Trackside Manager at DHL. The logistical effort behind it, on the other hand, remains invisible to the spectators: “A single race weekend involves months of planning and the work of two dozen of our specialists,” explains Pople. The fact that this “race behind the race” is fast and safe is also due to the expertise of the DHL specialists.

The challenge ahead for DHL and the race teams themselves is not something drivers take for granted, Force India driver Esteban Ocon, reflecting “When I was a kid I wanted to race every day, so now it’s coming alive, that dream. I think, on the other hand, I’m thinking about the mechanics, all the people travelling around Europe, the truckies, everybody in the teams, you know, building up those beautiful hospitalities and tents and all that. This is going to be very hard for them, so we need to make life as easy for them as we can, because at the end, we are a team, so we need to support everybody.”

Since the 2018 F1 Triple Header was announced, teams and support crew will have been evaluating the most efficient way in which to manage both the physical and logistical challenge the schedule creates. The team that comes out of top come Sunday evening in Silverstone will likely be very well placed for the remainder of the season.

As with any support role, the role of the DHL Specialists will likely and for their sake hopefully go largely unnoticed. Their role is to ensure on time in full delivery of the championship and teams needs. When they manage this, they’ve done their job. The painstaking work required to ensure this performance will likely pass most people by.

So when if with three successive F1 race weekends, your thirst for F1 news isn’t quenched, check out the DHL Triple Header Diary for all the latest information plus fascinating background stories from Le Castellet, Spielberg and Silverstone.  dhl.com/F1TripleHeader