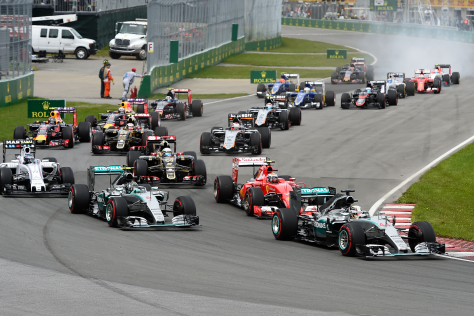 The Canadian Grand Prix, the 7th round of the 2016 Formula One World Championship, has all the makings of a potential classic. With mixed weather conditions forecast, a resurgent Lewis Hamilton, an angry Daniel Ricciardo, and power unit upgrades for most teams, this weekend’s racing is definitely worth getting excited about.

I’ve tried something a little (cringe-worthy) different for this weekend’ preview. Please let me know what you think in the comments section on here or You Tube. Don’t forget if you do think any of what I’m saying makes sense, head to William Hill for some of the best odds available on Formula One.

In earlier pre-race tips I’ve tried to avoid the obvious bet, but this weekend barring mechanical failure Lewis Hamilton looks very likely to be in a strong position to seal his 45th win. The odds being offered are not great for the customer, but at 6/5 you stand to make a return of 2.2 for every 1 (of which ever currency you use) you put down. Lewis would be a ‘safe’ bet for the weekend.

In addition to the high likely hood of a win, Lewis has to be a strong contender for the triple around Montreal. Setting Pole, plus taking fastest lap and the win. Odds of 11/2 are being offered on this. Lewis has a special relationship with the Canadian GP circuit. He took his first win in 2007 there and seems to be able to find that extra bit of performance when he needs it. 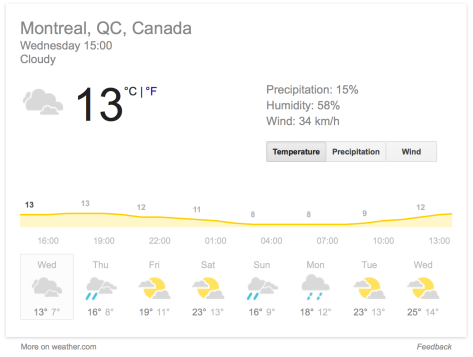 Forecast predict that the Canadian Grand Prix is likely to be impacted by rain, an increasingly common feature of previews to Grand Prix weekends! Should rain hit the circuit, which at the moment it is forecast to do for Sunday only, focus, as in Monaco, should shift to the experienced drivers in the mid field. Again I would look toward Force India with odds of a win for Nico Hulkenberg being offered at 100/1 and Sergio Perez at 150/1. Whilst a win is unlikely, you can take an each way split on the bet and get 1/5 odds for a podium finish.

I predict a tense weekend for the Red Bull duo. Daniel Ricciardo feels he’s been ‘screwed out’ of two race wins by the team. Max Verstappen had a shocker of a weekend in Monaco any other driver would be worried for their seat after such a performance. With both drivers receiving the upgraded Renault Power Unit they should be in the fight, I predict real hero – zero action from both the drivers. Look at a win or first retirement for either.

I have a feeling Mclaren could be in for a very strong weekend. Honda are bringing upgrades to the Power Unit, both Alonso and Button thrive in mixed conditions, the team are rebuilding in confidence. If the rain comes on Sunday, I would take a look at a long shot Each way bet on the drivers making the top step. Alonso is currently offered at 200/1 and Button 250/1.

It is a longshot, but who can forget Jenson’s incredible 2011 win. He knows how to win in Canada.

Strategy options for the Canadian Grand Prix look likely to be something of a non starter. The Ultra soft Pirelli tyre is lasting much longer than many anticipated. the longevity of the tyre makes a one stop strategy pretty much inevitable for all teams. One possibility to look out for could be opportunities arising from an early safety car which could see drivers switch to the Soft (Yellow) compound tyre with a view of completing the entire race distance on a single set of tyres.

History suggests a safety car around Montreal is highly likely. As such the odds available are 1/3.

Renault, Ferrari, and Honda, are catching Mercedes… … Quickly. With upgrades from all manufacturers expected over the Canadian Grand Prix, the teams most likely to shuffle back are the customers. Expect the performance gap between ‘Works’ and ‘Customer’ teams to start to increase as the season progresses.

Formula One heads to Spain this weekend for the first European round of the 2016 Formula One World Championship. The layout of the circuit does not typically lend itself to the most dynamic racing, but with changes in the Red Bull driver line up, an under pressure Lewis Hamilton and the prospect of rain influencing the weekend, the 2016 Spanish Grand Prix looks set to be a thriller!

Here are my top tips to look out for ahead of the weekend:

With the dramatic change in driver line up at the Red Bull camp following the Russian Grand Prix in Daniil Kvyat returning to Scuderia Toro Rosso and Max Verstappen stepping up to the Red Bull Racing Team, the pressure and expectation to perform will be greater than ever. Daniel Ricciardo will be keen to assert his position as team lead with Red Bull Racing and Carlos Sainz will be fighting to ensure he does not become the forgotten man of the Red Bull driver line up.

The technical nature of the Circuit de Barcelona – Catalunya should suit the aerodynamically efficient RB12. Red Bull Racing should expect to challenge Scuderia Ferrari over the weekend. Both Daniel and Max should be targeting a podium finish.

In pre-season testing around the Circuit de Barcelona – Catalunya, Scuderia Toro Rosso looked to be the only team close to challenging Mercedes. Whilst this pace has not carried into the season the team should be targeting a healthy points haul for the weekend. Both drivers should be considered for a points finish.

That being said, the pressures of the Red Bull driver programme have proved telling for Daniil Kvyat so far in 2016. Management believe they have released this pressure in placing him back in the junior team, but this may serve to heighten the pressure. With this in mind It may be worth looking to Kvyat for first retirement of the race. Currently offered at 20/1

The Russian Grand Prix saw Nico Rosberg secure his first ever triple crown over a race weekend, setting pole, fastest lap, and securing the win. Lewis Hamilton will be seeking to not only beat Nico this weekend but also look to gain a physiological advantage in taking the triple crown. Realistically the performance advantage of the Mercedes AMG Petronas team is such that only Nico & Lewis can look duke it out for this accolade. Odds of 10/3 and 7/2 respectively are on offer.

The Circuit de Barcelona – Catalunya played host to all 8 days of pre-season testing for the 2016 Formula One World Championship. The Manor Racing team were a surprise of testing posting consistent lap times capable of challenging the top teams. Whilst it should be noted budget restrictions limit the pace of development for Manor Racing when compared to other teams, this could be the weekend in which the team finally get points on the board. Rio Haryanto is making good progress in settling into the car and is starting to challenge his team mate Pascal Wehrlein for pace, currently at 50/1 and 20/1 respectively for a points finish both drivers deserve some consideration.

Long range forecasting predict that rain may be seen over the Spanish Grand Prix weekend on both Friday and Sunday. Whilst it might be a little early in the week to place a great deal of faith in weather forecasts for the weekend, should teams see rain interruptions over free practice (Friday) they may struggle to optimise set up for the weekend which will lead to a closer midfield. Rain on race day could have a much greater impact on performance, mitigating certain shortcomings in a car, acting as an equaliser on the field where driver key plays a greater role than the capability of the car. In these conditions points position finishes become much more of a lottery. I would look consider a look at points finish odds with teams such as Force India with their experienced driver line up and if you are feeling brave possibly a podium…

“if you’re quick around Barcelona, you’ll be quick everywhere”

The blend of high and low speed corners, coupled with a number of sizable straights give indications of what teams can expect at circuits through the season. Performances at the Spanish Grand Prix, if dry, should be a measure of expectations for the season. That is with the exception of Monaco.

The tight and twisty low speed nature of the streets of Monaco have very little in common with other circuits on the F1 calendar.  That being said, if you are looking for an early tip of teams or drivers to look out for around the streets of the principality check out sector times in final sector of a lap around the Circuit de Barcelona – Catalunya. The high number of low speed corners in close succession is similar to what teams can expect in Monaco. I expect to see Mclaren Honda perform well in this sector and may be worth considering as a long shot podium finish at the principality.