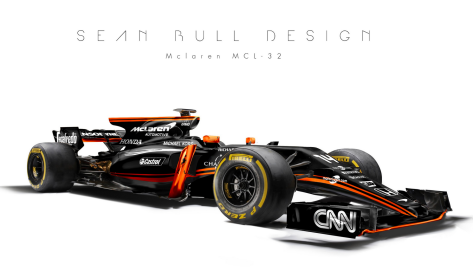 Over the past 12 months the Miami based business, Motorsport Network, has implemented a strategy of rapid expansion through acquisition across the motorsport industry. Motorsport Network, having installed Zak Brown as CEO following his departure from Just Marketing International, acquired the Haymarket Group, publishers of titles including Autosport & F1 Racing, along side the purchase of Amalgam Models, Forix Stats, Motors TV. Most recently the group have purchased a shareholding in Formula E. At this point the strategy behind this rapid growth is unclear. The Motorsport Network is owned by Russian Billionaire Mike Zoi.

Since the announcement of Zak Brown’s appointment as Executive Director of Mclaren Technology Group, in effect succeeding Ron Dennis’s position within the group, there have been questions around Zak Brown’s plans to combine his position within the Motorsport Network and Mclaren. Zak Brown has commented combining the roles is manageable and his ultimate focus is with Mclaren.

As Formula One heads into the 2017 launch season, Mclaren have stolen the limelight in suggesting the team will introduce a new look for the team of which a new livery will form the basis. Given the recent growth through acquisition model applied by Motorsport Network and the senior management position held by Zak Brown in both organisations, can we expect Motorsport Network taking a shareholding in Mclaren to be the next logical development for both groups?

Despite his removal from a management function within the Mclaren Group, Ron Dennis retains a 25% shareholding in the business. As the F1 team appear keen to embark on a new chapter in the life of the team, going as far as to drop the MP4 naming convention implemented by Ron Dennis, it would not be a surprise to see the sale of his remaining shareholding in the team. With backing from Mike Zoi, Motorsport Network have the funds to takeover the shareholding and present Ron Dennis with a freedom to pursue new projects.

As the covers are removed from the MCL32 on February 24th it will almost be a surprise not to see Motorsport.com (Motorsport Network) branding on the car, the question will be the extent to which the network become involved with the team moving forward.

Thanks to the MsportXtra collective for support in connecting fellow motorsport enthusiasts. 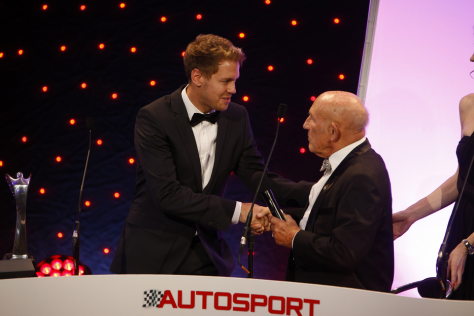 Motorsport Network, the Miami-headquartered publisher of Motorsport.com and Motor1.com, today announced the acquisition of six business operations that make up the Haymarket Media Group’s interests in motorsport publishing, photography and events.

The acquired businesses in the Autosport portfolio include Autosport.com, a respected and authoritative digital voice in international motorsport. The website has a provenance derived from its sister business, Autosport Magazine. Continuously published since August 1950, the weekly magazine has a heritage that dates back to the very origins of the Formula One World Championship™.

In addition to the Autosport brand, Motorsport Network has also added F1 Racing, the premium monthly periodical, to its stable. F1 Racing is published in nine languages in 15 editions, sold in 60 countries and is the only magazine licensed by Formula One Management.

The print assets acquired also include Motorsport News, which has been the voice of British motorsport since the era of Moss and Fangio in the fifties.

The publishing interests are supplemented by the world’s richest and most extensive motorsport photographic archive, LAT Photographic. With 13 million images that date from 1895, the archive forms the central element of a full-service photo agency with staff presence at all major international motor racing series. The company also provides image production services and studio facilities.

The acquisitions by Motorsport Network are founded on the principle of preserving the rich heritage in Haymarket’s motorsport businesses. Its fans, followers and customers can continue to seamlessly enjoy the world’s best-loved racing websites, magazines and blue-riband events.

Best known for its Motorsport.com and Motor1.com brands, Motorsport Network speaks to 75 million people every month across 22 website editions operating in 16 languages. The success of the Motorsport Network has been founded on three guiding principles: speaking to audiences in their native tongue, packaging & presenting unique content for digitally engaged audiences. Together this provides customers & clients with an integrated array of products & services to connect with this global audience.

The acquisition of the Haymarket businesses will contribute a rich seam of heritage and unparalleled media assets to Motorsport Network’s dynamic business culture and intent to provide solutions in automotive and motor racing across digital, broadcast, social networking, merchandise & license and gaming.

Commenting on the announcement, Kevin Costello, CEO of the Haymarket Media Group, said, “Motor racing has formed part of the Haymarket portfolio for almost half a century and the company has nurtured these businesses from their origins to be global category leaders. However, we are reassured that the Motorsport Network are the right people to be custodians of these businesses for the next stage of their investment and development.”

The acquisition and integration of the Haymarket motorsport portfolio into Motorsport Network will be stewarded by its Chairman, Zak Brown. “This milestone in acquiring the businesses that Haymarket has grown over decades will be recognised by everyone in the industry as a mark of our intent. All that is best about Autosport and its sister businesses will be preserved. Supported with investment and aligned with our dynamic organisational culture and high-speed growth that is attracting younger demographics to motorsport, the fusion of these two organisations presents tantalising opportunities for our staff and our clients alike.” he said. “This acquisition is part of a broader consolidation strategy and is aligned with a series of significant changes we’re witnessing across the motorsport landscape,” he added.

JWGP Opinion: The rapid expansion of the Motorsport Network juggernaut is overwhelming. The group is growing from not simply touching every element of motorsport to dominating or controlling it. On the one hand this could result in improvements in consistency in quality, the Motorsport Network is ultimately a business. It needs to generate a return on investment. The way in which this will be achieved remains to be seen, but it could result in restructuring across the networks. Dominating the world of motorsport journalism could have a negative impact on the quality and diversity in voices.

The motorpsort industry being dependant on a single network for specialised journalism could be a concern. The industry is dependant on their success to ensure sports are promoted.

It is never healthy for a single entity to control anything. The same can be said about Motorsport.