Williams Martini Racing’s Felipe Massa makes his final remarks over his time with the team and in Formula One. Speaking candidly about his departure Felipe comments on now being the right time to call time on his career. 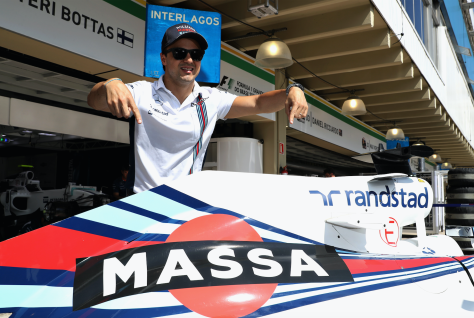 Whilst the livery is not the bold helmet inspired design imagined by motorsport designed Tim Holmes, the gesture demonstrates the close relationship Massa, Williams and Martini have developed since the Brazilian joined the team in 2014

How many retweets does it take for @WilliamsRacing to try do this for @MassaFelipe19 at #BrazilianGP? even if just for practice! @f1 #F1 pic.twitter.com/eoufUiBeie

The surprise livery change, the first of its kind for a Formula One partner, was revealed to the Brazilian-born driver today at the Autódrome José Carlos Pace track in Sao Paulo. In addition to the famous MARTINI ball and bar logo being replaced with MASSA, the rear wing has also been adorned with the phrase ‘Obrigado’ – which means ‘thank you’ in Portuguese.

“I’ve always said that I drive the best looking car on the grid, but this takes it to a whole other level,” joked Felipe Massa.  He continued, “I’ve never known a sponsor to do this for a driver before. It’s an honour and I’m not going to lie, I’m a bit emotional about it.  But it goes to show that because of MARTINI’s heritage in racing, they are more than just a sponsor. They are a true partner and fan of this beautiful sport. I’ve been lucky to have them as part of my team the last three years.”

Shane Hoyne, CMO, Bacardi Europe said, “Felipe isn’t just a driver, he’s a friend.  And not just to MARTINI but to his teammates and other drivers out there on the grid.  We thought it only right that we mark the occasion and give his name pride of place on the car. Obrigado on the rear wing is not just our way of saying thank you to him, but for Felipe to say thank you to all his fans in Sao Paulo.”

Felipe has spoken openly of a dream to thank his home fans with one final podium this weekend. With mixed conditions forecast and tensions simmering amongst the top teams all eyes will be on the Brazilian to realise his dream. 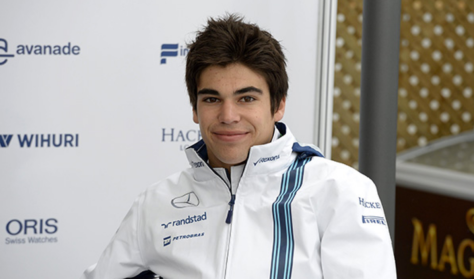 Following the announcement of Felipe Massa’s intention to retire from Formula One at the end of this season, the consensus of opinion is that Lance Stroll will be his most likely successor. Lance Stroll left the Ferrari Driver Academy and joined Williams at the end of 2015 in a development driver capacity. He is currently leading the European F3 Championship with Prema Powerteam.

Lance will turn 18 at the end of October and through his 2016 F3 campaign has achieved sufficient success to qualify for an FIA Super License and allowing him to participate in Formula One activities on track. Lance is the son of multi billionaire Lawrence Stroll. Lawrence, a keen motorsport enthusiast himself, has supported Lance through his career in junior categories. This support should not in anyway suggest Lance should be labelled as a ‘pay driver’ his domination in the European F3 championship clearly demonstrates he is a talented driver.

Williams have a reputation for signing up and coming drivers, signing Lance Stroll would be in keeping with this reputation. At this point all signs point to his announcement as a driver in 2017 seem entirely reasonable. In fact, both Lance and team representatives have suggested the levelling effect of regulation changes in 2017 would make it a logical time to make the change.

There is however another rumour about Lance Stroll which doesn’t make quite so much sense. In recent months highly reputable journalists in the Formula One paddock have suggested that Lance Stroll and the Williams team are completing extensive familiarisation tests for the Canadian using 2014 machinery at multiple circuits on the F1 calendar. These journalists suggest the programme is being bankrolled by Lawrence Stroll to the tune of up to $20M. At this time neither team or driver have officially commented on the rumours.

Rather than make a claim one way or the other, it seems of merit to delve into the challenges of  how such a test programme could be achieved within current FIA regulations and Williams partnerships:

Without official confirmation from driver or team it is not possible draw a conclusion over these rumoured tests, but given the challenges surrounding their feasibility on the face of it they appear unlikely. A far more logical and cost effective approach would be to wait until Lance turns 18 and place him in Felipe Massa’s car in the Free Practice One sessions in the remaining races of the 2016 calendar.

Another challenge the Williams F1 team may face in signing Lance Stroll for 2017 could be with their principle partner Bacardi (with the Martini brand) Williams drivers pay a key role in the activation of the Martini Sponsorship, a driver not of legal in the US could prove to be a challenge for the business and this approach.