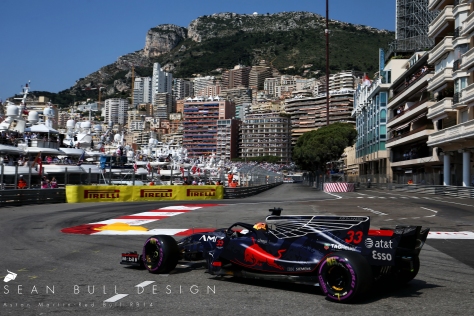 Amongst the #ToroHondaRenaultMcLarenRosso hype during the Singapore Grand Prix weekend, news of around Aston Martin increasing its involvement in Formula One with Red Bull Racing has started to solidify. Andy Palmer, Aston Martin CEO, when quizzed on the grid by Sky Sports F1’s Martin Brundle confirmed the business is keeping a watching brief on 2021 engine regulations, which should they fall favourably towards independent manufacturers, could lead to increased involvement of the brand. Should this be the case Palmer confirmed Aston Martin may seek to preemptt the regulation change by enhancing their visibility with Red Bull Racing possibly from as early as 2018.

This news comes at a time in which the media are speculating Red Bull’s long-term interest in Formula One may be dwindling, which has lead some observers to suggest a change of ownership of Red Bull Racing under the guise of Aston Martin. Whilst this is entirely possible, there are, in my opinion, a few to many creative leaps being taken for this outcome to be viable.

Firstly, lets address Red Bull or more specifically Dietrich Mateschitz’s diminished interest in Formula One. Red Bull entered F1 to sell a product, this objective is the same today as it was 30 years ago. In 2016 the Red Bull achieved more than $1,000M in media coverage from through Formula One. This far exceeds any investment the brand makes into the sport. With budget caps on the horizon, the business rationale for a marketing focused business to be involved with F1 will only increase. Should a $150M budget cap be achieved, Red Bull Racing can be assured of achieving this investment through existing sponsors, and prize funds. Red Bull stand to benefit from $1000M in free advertising.

2017 saw Aston Martin return to profit for the first time in over a decade. The business has stated ambitions around going public in the coming 5 years and are focused on expanding their automotive range to increase revenues. At this time, and in the mid term they are not a business capable of sustaining any form of Formula One engine development plan. Aston Martin Racing is a completely separate business to the Aston Martin which sponsors Red Bull Racing.

Returning to Dietrich Mateschitz. A serial entrepreneurr and self made billionaire. In recent years, he has seen the likes of McLaren diversify into the production of cars, and Williams create successful businesses in the application of their technology within a commercial environment. He is aware that the technical capability of the Red Bull Racing group is under utilised, something which will only increase under a F1 budget cap.  Projects such as Newey’s America’s Cup Project and the Aston Martin Valkyrie Hypercar project show an evaluation of ways in which the team can direct resources to other projects. Could this lead to an alternative direction for Red Bull Racing?

Rather than Aston Martin becoming title sponsor of Red Bull Racing, with a view to producing a power unit under the 2021 regulations. Could Red Bull be considering buying Aston Martin, supporting them in the acceleration of their automotive expansion plans, facilitating F1 power unit development, through their partnership with AVL, and using the proven brand power of Formula One allow Dietrich Mateschitz to evolve Aston Martin into a genuine competitor to the entire Ferrari Group.

All that being said, Red Bull, through offering half stories and snippets of information continue to dominate F1 news despite being unable to challenge for a world championship. The business continues to offer a master class in media manipulation. As in 2014, when F1 news was dominated by stories of Red Bull looking set to quit Formula One, Red Bull have an ability to create their own news to ensure they dominate the F1 headlines between the races.

Finally, despite quotes to the contrary, Red Bull Racing are very well aware that the best chance they have of securing a return to a championship challenging position is with a fully funded manufacturer. Talk of Aston Martin, in my opinion, is nothing more than a negotiating tactic around the terms under which the Volkswagen Group will enter Formula One.

Credit to Sean Bull for the fantastic livery creation supporting this article.

Disclaimer. Views expressed in this blog are my own. They represent a rational pragmatic view of a situation.

I’ll kick off with the headline. Red Bull Racing will enter the 2016 F1 season with a self-funded engine program supported by Ilmor. Now I realise this view flies in the face of 90% of what the team and media are reporting, but hear me out. Why wouldn’t they?

In 1997, Dietrich Mateschitz purchased a majority shareholding in the Sauber F1 team; this investment came only 3 years after Red Bull launched globally. Dietrich Mateschitz is a self-made billionaire who only a few years prior to his F1 involvement invested his entire life savings on buying a 49% share in Taiwanese Beverage Company bought to his attention by chance when travelling on business suffering with jetlag. It can be safe to say that the first significant investment Dietrich Mateschitz made with his new found wealth was into Formula One. The cynic could say it was simply because he saw the marketing potential of the sport for his brand; my personal belief is he has a passion for motorsport. Either way, passion and marketing potential do not disappear overnight. Walking away from the sport, I believe, is not an option.

Take a second to consider the success of Red Bull. This did not happen by mistake, the growth and development of the business has been carefully structured and strategically managed. This approach to business would not allow itself to be reliant on the goodwill of its peers to allow it to stay in the market. We cannot be expected to believe that Red Bull Racing truly expect Ferrari or Mercedes to supply them with engines, media coverage around these talks has been managed as a distraction technique. Something those with experience of Formula One Management will be well versed in.

The struggles Renault & Red Bull Racing have experienced in the hybrid era of the sport did not come as a surprise to the team. In 2013 the team, despite clinching their fourth consecutive constructor’s championship were making moves to streamline the operation. In the knowledge of a drop in competitiveness the team discontinued the contracts of a number of employees working on temporary contracts. With the knowledge that performances were unlikely to meet those of their competitors it could be argued that the team began considering the long term future of their relationship with Renault at this point already.

In the first half of the 2014 season the Red Bull Racing Renault relationship rapidly deteriorated. Before the first lap of the Melbourne GP Red Bull Technologies had already seemingly taken on some responsibility of engine development entering into an agreement with AVL, the world´s largest privately owned and independent company for the development of powertrain systems with internal combustion engines, to resolve immediate performance issues and use the company rolling road facilities. At this time there was a rumour Red Bull Technologies signed off investment in their own in house rolling road.

Later in 2014 Helmut Marko publically earmarked the Austrian GP as a milestone date by which time Red Bull Racing expected Renault to have resolved performance issues. There was no public statement around the consequence of failing to meeting this milestone, but it is my opinion that this was this point at which Red Bull Technologies green lit their engine development partnership evaluation between AVL and Ilmor. Renault, in my opinion, had full awareness of this project and the likely end point.

Moving further forward consultation between Red Bull Technologies, Renault and Ilmor was made public; the details of the agreement remained unclear, but Mario Illien (Ilmor co-founder) was present as a guest of Red Bull Racing  at a number of races in 2014. It was stated that Mario Illen acted advisory capacity providing direction on possible development routes for the Renault power unit, earlier this year it was announced that Renault had elected not to take the development path outlined through the Ilmor partnership. In my opinion this represented Renault allowing a contractual option defined by Red Bull Technology to expire.

It is my belief that the ‘messy divorce’ between Red Bull Racing and Renault is around the Ilmor engine development program. The Ilmor program uses Renault developed technology as a baseline. Red Bull will argue they have been involved and invested in the development since the beginning and as such lay claim to the rights to the engine. Renault of course will disagree. This disagreement will be concluded through a financial settlement, and the basis for future Red Bull Racing engine supply will remain the original Renault power unit with development direction becoming Ilmor’s domain. The project may latterly be badged by another manufacturer.

When I have discussed this option in the past I have lambasted on two key points. Firstly, the time it take s to develop an engine, and secondly Red Bull can’t afford an engine program. I don’t see either of these arguments as valid.  To support this I contacted a Cosworth representative some weeks ago to understand the time they believe it would take to develop a power unit compliant with current regulations, their response; 10 months. Red Bull Technologies and Ilmor by the start of preseason testing for the 2016 season may have had as much as 18 months (Since the 2014 Austrian GP), and will have been using an existing engine to base the concept on  which would serve to further reduce the development  time required.  To address financing, how much do we believe it costs to develop an engine? If we consider Red Bull Racing have been awarded $200M in prize funds over the past two years alone, and have an extremely healthy sponsorship portfolio minimising the investment Red Bull have to make into their own racing team, despite operating as a private company and as such not reporting profits, we can be confident Red Bull is a highly profitable organisation. Red Bull has the money. It should also be noted the cost of engine development may not be paid up front. The cost of capital could be shared over future years performances, with FOM heritage payment assured Red Bull could borrow money against his assurance to fund an engine program if necessary. So in summary, they’ve had the time and they can afford it!

If Red Bull pulled out of F1 they face significant penalties from FOM and will be left with extensive racing infrastructure on their books. The cost of leaving the sport is greater the than the cost of a self-funded engine development route.

So, to 2016 and the prospects for Red Bull Racing & Toro Rosso, it is my view that the current ‘negotiations’ or lack thereof with Mercedes and Ferrari are somewhat of a front. Red Bull wants to position themselves as the injured party with no other option than a self-funded program. This will go some way to once again endear the team to fans of the sport. Success with the Ilmor project will not come overnight, but that is fine. The teams can spend 2-3 seasons as a capable mid field entrants, focusing on restoring their reputation as a fun team with the fans, whilst using their clout with FOM and the FIA to restore an emphasis on aerodynamics in future technical regulations.  Success in Formula One is cyclical. Red Bull, despite what we see through the media appreciates this and remains fully committed to the sport.