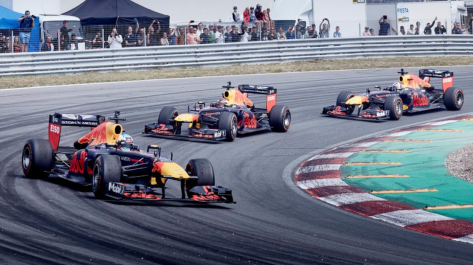 Formula One 2018 is delivering everything and anything a fan of the sport could imagine. From the #FightForFive, to a Hollywood worthy #SillySeason, to midseason team takeovers, new logos, fonts, and of course the epic theme music from Brian Tyler. Yet bubbling just below the surface political games, regulation frustration, and the adage of money talks, continue to put into question how the sport will evolve in the near future.

Two such pressing topics to explore are the number of seats on the grid heading into 2019, and the evaluation of budget caps with the objective of equalising performance. On the face of it there is no simple solution to either issue. On the topic of budget caps, figures in the region of €200-€250M per season with a soft launch in 2019 followed by a regulated implementation from 2020 onwards have been touted by Ross Brawn and fellow F1 management.  Top flight teams have baulked at the prospect of cutting annual expenditure in half and categorically stated that without significant job cuts the target is not achievable. More efficient teams see the cut as insufficient as the spending to the budget cap would still represent more than double their existing spending capability.

That being said, there is a general acceptance Budget Caps are coming and that they will be good for motorsport in general. Top teams are taking steps to prepare for this more regulated future, as referenced on this site a number of months ago. Taking this preparation one step further, could a budget cap combined with a third car allowance be a solution?

Major costs associated with operating a manufacturer supported Formula One team take the form of fixed costs, these include factors such as facilities & employees. The manufacturing of additional race cars would not have a significant impact on the team’s operating budget. In fact, in many cases, top teams will have 3-4 fully operational race prepared cars before the start of a new F1 season. If top teams committed to operating a third car with no increase in the overall operating budget of the team in essence redirecting development budget to operating a third car, therefore reducing the performance gap to the midfield, F1 could solve the pressing issue of a too many high quality drivers and not enough seats and address the B Class championship regularly referenced when drivers in midfield teams discuss the sport.

In order to reduce the prospect of a single team dominating podium proceedings, restrictions, such as the number of races completed, or championship points scored, could be put in place regarding the experience of a team’s third driver. In addition, a team’s third car could be operated from a separate garage space with an alternative livery to ensure a vibrant look to the grid.

Formula One could mandate the that the top 4 teams in the WCC could be eligible to run a third car with the option to sell this provision should they deem the opportunity not relevant to their operating model. i.e. Should Haas or Racing Point finish 4th in the WCC they could sell their 3rd car allocation to McLaren. Or should Red Bull Racing see their existing model with Toro Rosso to better suit the way in which they go racing they could sell the space to another team.

If Formula One were to explore this route, Ferrari could continue to maintain it’s line up of Kimi Räikkonen & Sebastian Vettel, with Charles Leclerc taking the third car. Mercedes could bring George Russell into the team, Red Bull Racing could not offer Fernando Alonso a seat again, and Renault could bring Esteban Ocon on board alongside Ricciardo and Hulkenberg.

Timed with a budget cap which should limit in-season development for teams running third drivers, the performance gap to the two car teams could be minimised bringing the entire field closer together and sustaining the credibility of young driver development programmes.

Toto Wolff has intimidated Formula One should seriously explore regulations around three car teams, with Liberty becoming the promoter of Formula 2 and the soon to be reborn Formula 3, three car teams may be required to ensure participation remains relevant to the next generation of drivers.

One thought on “Formula One: Three Car Teams and Budget Caps”