If you’ve caught more than 10 minutes F1 coverage or spent anytime on popular F1 news aggregator sites over the last few weeks you would be forgiven for thinking the Mclaren Honda divorce was complete. Based on all confirmed sources this is not the case.

F1 media, as with any media, has a tendency towards sensationalism. A controversial headline will attract readership.  I have to admit, I’m not adverse to the occasional sensationalist headline here on JWGP.

So, whilst the F1 world awaits formal confirmation from both Mclaren and Honda around future plans, now seems as good a time as ever to reflect on the last “SENSATIONAL” Team and power unit supplier fall out. When with no official word from either Red Bull Racing or Renault, after 18 months of continuous headlines around a fallout, their split was announced by the media. Except it wasn’t. Two seasons later the partnership is still alive. Yes it has been modified, but the fact remains Red Bull Racing and Renault are partners.  Below is a screen grab of just a few of the credible outlets that “confirmed” the news.

So while we wait for official news from Mclaren and Honda about the future of their partnership, one fact to bare in mind;

As per FIA sporting regulations, Honda and Mercedes have already confirmed power unit supply plans to the FIA for 2018 (see story with verified sources here). Within this confirmation, Mercedes will supply the same teams they are in 2017, Honda will supply Mclaren and Sauber.

In retrospect Looking back at the “confirmed” Red Bull Racing Renault split, the story ensured continual press coverage for a team performing well below expectations over a 12 month period. This coverage was arguably greater than that which Mercedes received whilst fighting for the championship. A masterstroke in marketing by a true marketeer Dietrich Mateschitz. In November last year, Mclaren replaced Ron Dennis with marketing guru Zak Brown.

How many newspapers are giving midweek coverage to Mercedes win on Sunday? 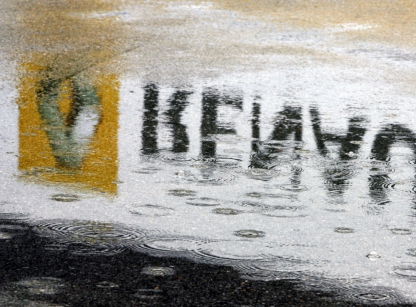