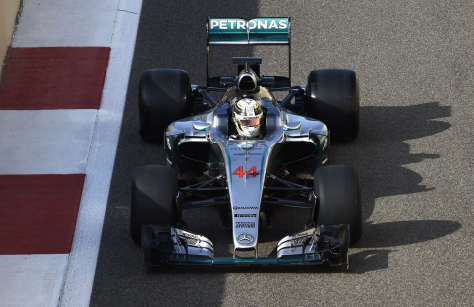 Following the conclusion of the 2016 Formula One World Championship, Lewis Hamilton has returned to the cockpit this morning to take part in the final assessment of 2017 Pirelli tyre compounds and sizes.

As per regulations Lewis Hamilton is completing the test in a modified W05. This test session should serve to draw a line under rumours around Lewis’ relationship with the team following his approach to the Abu Dhabi Grand Prix over the weekend.

Further details around the test will be issued in the coming days.

Hamilton will complete the morning session, with Pascal Wehrlein completing the afternoon session. Red Bull Racing and Scuderia Ferrari are also taking part in this final 2016 evaluation of 2017 Pirelli tyres.