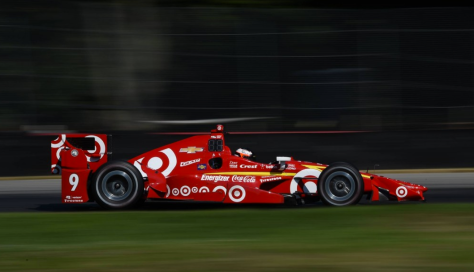 As a Driver, if you compare the gravitas of succeeding in Formula One to Indycar, on the face of it, Formula One is the ultimate accolade. Exploring the physicality of each series tells a slightly different story.

Current era F1 cars are both lighter and more powerful than an Indycar. They produce more downforce and utilise higher performing brake performance. However, they also feature power steering. An Indycar is heavier, less powerful, produces less downforce and critically has no power steering.

In recent interview for JWGP Felix Rosenqvist following his test for the Chip Ganassi team at Mid Ohio commented, “it doesn’t matter how fit you are, the first few laps in an Indycar destroy you. I’ve not driven in F1, but compared to my time in DTM, GT’s and F3, the physical strength required to drive those cars is much greater”

You see it in an Indycar driver’s physique, they train to build physical upper body strength much more than cardio work. Completing an Indycar race is far more physically demanding than an F1 race under current regulations. Current leading F1 drivers such as Daniel Ricciardo have acknowledged this and called for the 2017 regulations to place more emphasis back towards the driver.

The variety in circuits is another unique component to the challenge of Indycar. Over a single season driver’s will visit; street circuits, road courses, long ovals, and short ovals. Each configuration requires a very different style of driving ranging from man handling a car around St Pete, to driving like you re holding a cup of tea you can’t spill around Indianapolis. Drivers can’t afford to specialise in one style of racing. To win in Indycar you have to be strong in all circuits. As Will Power explains in the film below from Mobil One’s The Grid:

Ultimately Formula One elevates a driver’s profile to global super stardom, but is Indycar the real human test of raw skill? With former F1 driver, now Indycar winner Alex Rossi opting to complete his season in Indycar rather than return to F1 with Manor Racing this season perhaps the tide is turning. Indycar has created an environment in which driver skill and strength is key, the economics of the series enable drivers to earn a living with reduced pressure around finding a budget to race.  Has Indycar quietly become the new home of the real racing driver?