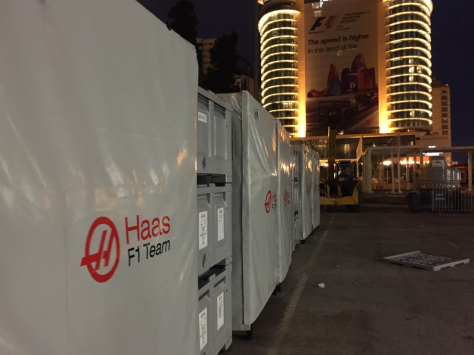 A mere 8 hours after the conclusion of today’s Canadian Grand Prix, all teams will be required to have completed race equipment pack up and have all containers ready to be shipped to Baku ahead of the inaugural Grand Prix of Europe, taking place in Azerbaijan next weekend.

In order to meet this deadline, many teams will begin the pack up process as soon as the race gets under way later today. With mixed conditions forecast teams will be hopeful they do not see a repeat of the 2011 event which due to severe weather conditions saw the race take place over a 4 hour period including a 2 hour red flag period, such scheduling will play havoc with teams planning for the following race. 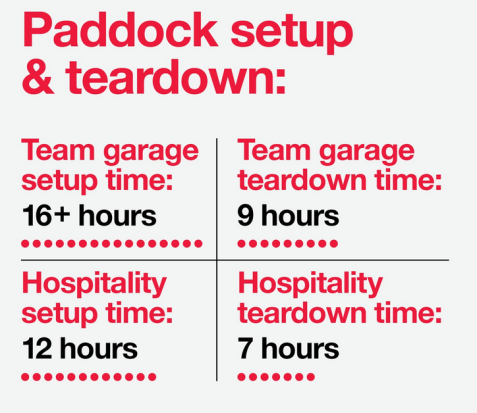 The Haas F1 Team have prepared a number of handy info graphics to illustrate the challenges of the second race taking place in Montreal today.

Traditionally organisers of a new Grand Prix would look to have a minimum of a two week gap between the previous race and their own event. As such it is some what of an anomaly for FOM (Formula One Management) to schedule a Grand Prix at a new location at the tail of back to back races. Teams will be heavily reliant on the Baku infrastructure being 100% prepared to receive them and for there to be no issues in the release of goods from airports. As such many teams have sent crew’s to Baku a week ahead of the race itself.

In a bid to minimise the pressure or risk around set up delays many teams have elected to ship secondary equipment to Baku directly.

Still the challenge remains to get a crew of around 80 team personnel  10,300 KM from Montreal to Baku in the shortest possible time. There will be little opportunity from team celebrations post race today. 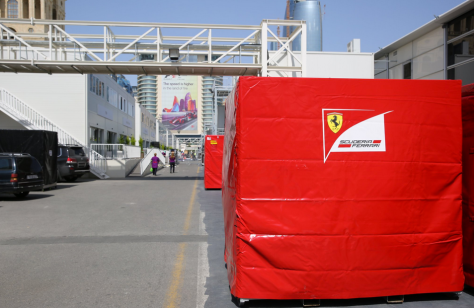 JWGP will give a bag of jelly babies to the first team to tweet from Baku with the garage set up with the cars in place!