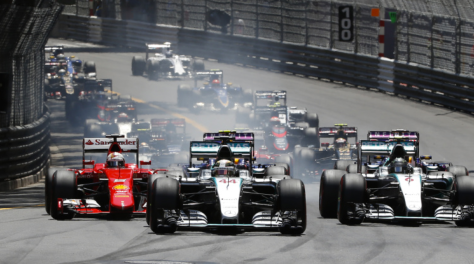 Pirelli have released driver tyre selection data for the Monaco Grand Prix later this month. Unsurprisingly drivers have weighted selection heavily towards the new for 2016 Ultra Soft compound. This despite in the case of Mercedes AMG Petronas having had no running on the tyre up until now.

As is becoming the norm, there is almost no disparity between team-mates in tyre selection with the exception of the Renault Sport F1 team duo.

Mercedes and Red Bull Racing have taken the most extreme approach to tyre selection with 10 of the 14 sets available being the Ultrasoft. Suggesting a 3 stop strategy for both teams. Scuderia Ferrari have allowed allocated a additional set of Soft tyres into driver selection, suggesting the team may look to increase Friday running for the Scuderia. 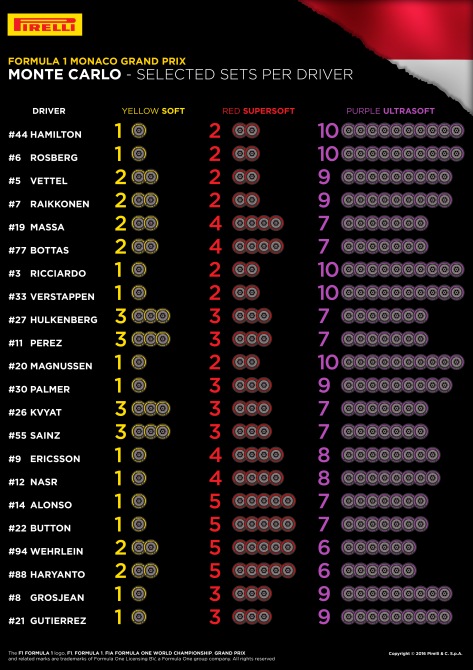