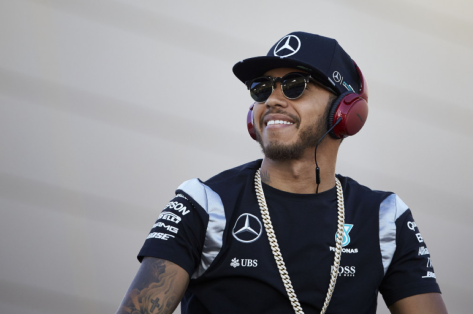 Lewis Hamilton
It’s not been a smooth start to the season for me, so to be in the Championship position I’m in right now is actually pretty positive. If you can have two bad races and still come away with two podiums, that bodes pretty well. I’ve come back from worse, that’s for sure! People keep asking me if I’m worried – if there’s a downward trend emerging. But I’m feeling the complete opposite. There are no real flaws in our procedure and how we’re working, so I know it’s going to come good. On a personal level too, I’m in the best place I’ve ever been psychologically. There’s very little, if anything at all, that can penetrate that. There’s a long, long way to go, so I’ll just keep working as hard as I have been. Now we go to China for the next battle. It’s a track that’s been good to me over the years, with five poles and four wins, so hopefully this race can be the turning point.

Nico Rosberg
It’s great to start the season in such a positive way. But I’m just taking things step by step, race by race and targeting a lot more wins to come. It’s important to enjoy times like these. I feel very privileged to drive the best car on the grid for the third year in a row and I intend to make the most of it. I’m going to China now knowing I can fight for the win, which is a great feeling to have. It’s especially good in this instance too, as Shanghai is a track with good memories for me. I took my first pole and win there back in 2012, so I head into this weekend on a massive high. I’m looking forward to the next battle. We haven’t seen the real Ferrari yet, so it could be a very exciting season ahead.

Toto Wolff, Head of Mercedes-Benz Motorsport
After two races, we find ourselves in a strong position. Our car has proven itself to be competitive in a range of conditions once again – but also reliable even at this early stage, which is a tremendous achievement. But there is a long way to go and we have by no means been flawless in every area so far. With Ferrari increasingly breathing down our necks, as we saw in Bahrain, there is zero room for error. Remaining energised is now more important than ever – and we all have plenty to keep us on our toes in that respect. With just two races down and nineteen to go, I wouldn’t say there is momentum on one side or the other. But what is clear – and very exciting for the team and the sport – is that we have two drivers high in confidence who will provide us with plenty of entertainment over the coming months.

Paddy Lowe, Executive Director (Technical)
The Shanghai circuit places an entirely different duty on tyres relative to Melbourne and Bahrain. However, we have the same three compounds available, so it will be interesting to see how the competitive order plays out. It’s the first time we’ll see the SuperSoft compound used at this track, thanks to the new regulations, and that will likely create a more extreme example of what we saw in Bahrain, where the best qualifying tyre is unlikely to be a great race tyre. Every team is bound to want to qualify on the SuperSoft – but if it grains in the race, we could see cars stopping in the first five laps. There will be plenty of analysis to do on Friday and we could see some interesting calls on qualifying and race strategy. What makes this all the more difficult for the teams is the unpredictability of the conditions. It can be quite warm in Shanghai – but it can also be as cool as Belgium. That variability can make life tricky in terms of both setup and strategy work, so it’s always a challenging weekend. We like going to Shanghai, however. It’s an interesting city and traditionally one of our stronger circuits, with four poles and three wins from the last four races. We look forward to another good battle between our drivers and with Ferrari once again.