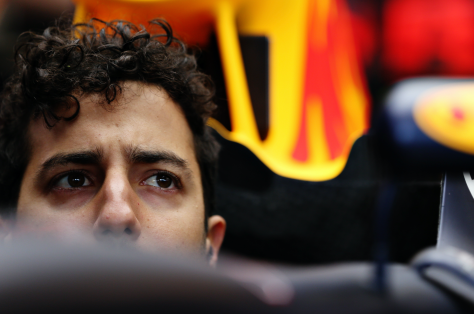 Follow the debacle of the revised qualifying format yesterday attention now turns to the impact of the FIA clamp down on radio communications between driver and team during on track action. In a bid to restore an emphasis on driver decision making as oppose to drivers simply following instructions, under the new regulations radio communication could be reduced to little more than pit confirmation and safety car period warnings.

In preparation for the change teams used pre-season testing to experiment with multi-colour pit boards, and increased ‘critical’ messaging through the steering wheel.

Having spent seasons optimising pit to car communication teams are now left with what could in essence become nothing more than unnecessary ballast in the car. Formula One broadcasters such as SKY SPORTS F1 and Channel 4 (UK) would do well to explore team partnerships to allow in race driver interviews, as seen in FIA Formula E and WTCC for a number of seasons.

Daniel Ricciardo may elect to use this new found air time to hone his hobby of in car karaoke! With Red Bull Racing known throughout the paddock as the party team, the only team to play dance music through the garage, they may look to further this approach a pipe music directly into Ricciardo’s car for our entertainment.  Such a development would certainly add to the ‘show’!

If you enjoyed that, check out Daniel’s top 5 moments here.