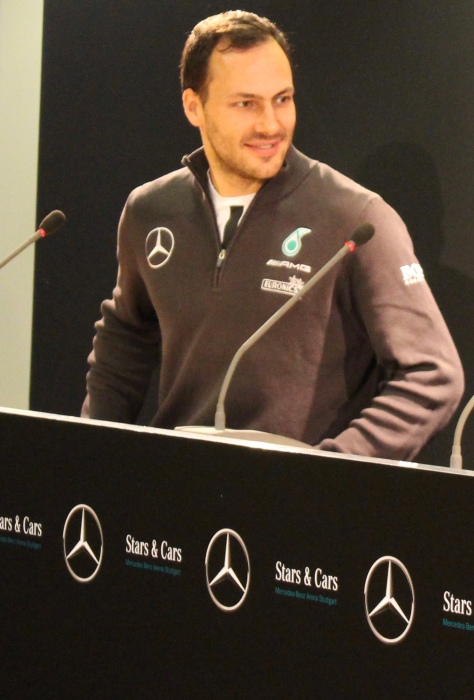 The Williams F1 Team have announced that Gary Paffett has been appointed as the team’s simulator driver for 2016.
Gary has joined the team for the 2016 season to assist the vehicle science department in developing the Williams Mercedes FW38 at the Williams factory in Grove. He will work closely with the team throughout the year to provide extensive feedback to help the continued development of this year’s car.
Gary’s previous experience includes being a McLaren test driver, the 1999 McLaren Autosport BRDC award winner and 2005 DTM champion. Between 2001 and 2013 Gary took part in 72 official Formula One test days, completing 4971 laps and clocking up 22,745 km in the process.
Commenting on the announcement Gary Paffett said: “I am really pleased to be joining the Williams team as the simulator driver to aid in the development of this year’s car. The team has such a great pedigree and history in Formula One. I look forward to supporting the team over this year in my new role.”
Claire Williams, Deputy Team Principal, added, “We’re delighted to have someone with Gary’s experience join us at Williams. He is a highly professional racing driver and his level of testing knowledge, and ability to analyse data, will significantly help to drive forward development of the FW38 throughout the season.”
Gary Paffett joins the teams expanding driver rooster with alongside main driver’s Felipe Massa, & Valtteri Bottas. Reserve and Development driver Alex Lynn, and development driver Lance Stroll.

The Renault Sport have confirmed the formal launch of the their Formula One team will take place on Wednesday this week at the Renault TechnoCentre in Paris.

Whilst the team have made no comment, it is widely expected Kevin Magnussen will be confirmed as a driver for the team at the event. The team are also expected to reveal a new livery and sponsorship portfolio as well as mapping out expectations for the 2016 season and ambitions for the future.

Red Bull Racing continue to show Formula One how to enjoy the sport in their latest stunt. The PR department within the team clearly haven’t had much of a winter break after sending Max Verstappen down a ski run in Austria last month, to kick of February they’ve pitted Daniel Ricciardo against the Bath Rugby Club.

With the might of an F1 engine you might expect this to be a walk in the park for Daniel, check out the video to see how he got on:

Red Bull Racing also gave another hint of the livery we can expect to see when the team launches later this month with prominent TAG Heuer branding on the engine cover and nose, alongside Puma branding on the headrests and barge boards.