The Mclaren F1 Team have officially launched their 2016 team and fan wear collection. In a vote of confidence for the second year of the team’s partnership with Honda, Mclaren have reintroduced the Rocket Red winner’s T-shirt. Traditionally worn by the entire team after a race win. 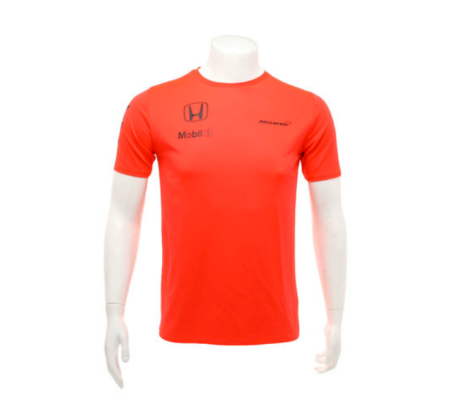 The 2016 design is an evolution of this simple layout seen in 2015, with the addition of Chandon and Richard Mille branding along with the use of a chequer format on teamwear (images available through the below link)

The collection is on sale now and can be found here