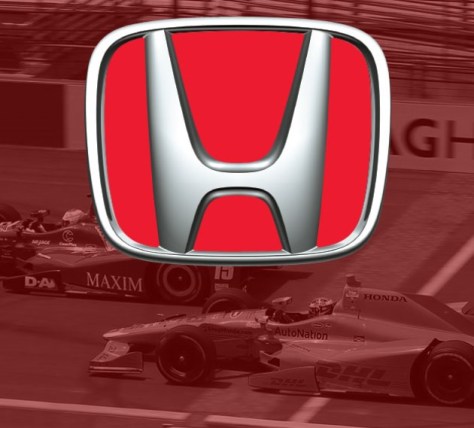 Honda have announced a multiyear extension to the agreement that retains the manufacturer as an engine supplier to the Verizon IndyCar Series.

“We’re grateful for Honda’s longstanding partnership with INDYCAR the last 13 years,” said Mark Miles, CEO of Hulman & Co., the parent of INDYCAR and the Indianapolis Motor Speedway. “Racing is a part of Honda’s DNA and its continued investment in the Verizon IndyCar Series – technically on the competition side, but also through sponsoring of events and additional activation – is instrumental to the success and continued growth of our sport.”

Honda has collected 217 Indy car race wins in more than two decades as an engine supplier and won 10 manufacturers’ championships, including six years when it served as sole supplier to the Verizon IndyCar Series. In addition, it has scored 10 victories in the Indianapolis 500 Mile Race.

Honda will be in competition with Chevrolet for the fifth consecutive season in 2016, with both manufacturers producing 2.2-liter, twin-turbocharged V-6 engines. Additionally, beginning in 2015, both Honda and Chevrolet developed aerodynamic bodywork kits for their respective teams – supplying a road course/street course/short oval aero kit and a separate kit for superspeedway tracks.

“In the 13 years that Honda has been a part of INDYCAR, we’ve had a great deal of success, both against strong competition from other auto manufacturers and as single engine supplier,” said Art St. Cyr, president of Honda Performance Development. “Honda is pleased to be part of the Verizon IndyCar Series, as it provides both a technical challenge for our associates and a showcase for Honda products worldwide.”

Honda – through American Honda and its racing subsidiary, Honda Performance Development -began supplying engines to Indy car teams in 1994 in Championship Auto Racing Teams (CART) competition. Honda joined the Verizon IndyCar Series as an engine supplier in 2003 and has been a valued manufacturer and partner ever since.

In addition to continuing as a manufacturer in the Verizon IndyCar Series, Honda retains title sponsorship rights for three events on the schedule: the Honda Indy Grand Prix of Alabama at Barber Motorsports Park, which is the fourth race on the 2016 schedule, April 22-24; the Honda Indy 200 at the Mid-Ohio Sports Car Course, July 29-31; and the Honda Indy Toronto, sponsored by Honda Canada, July 15-17.