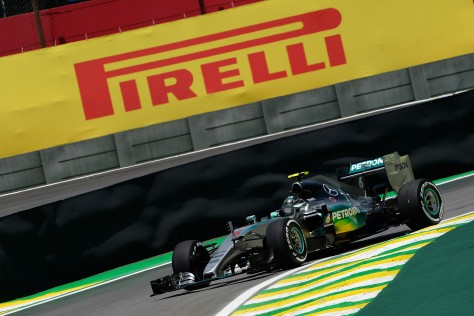 Ahead of the wet weather simulation test taking place at the Paul Ricard Circuit in France this week, Pirelli have offered a clarification on recent media reports surrounding ‘secret’ changes to tyre construction for the 2016 Formula One World Championship.

Pirelli have stated that with the exception of the Ultra Soft compound, new for the 2016 season, all compounds used in 2016 are identical to those raced throughout the 2015 season. Pirelli further confirmed that changes have been made in the construction of the tyre which may have an impact of the rate of degradation, but all teams are fully aware of these changes.  Teams attending the 2015 post season test in Abu Dhabi, all with the exception of the Haas F1 Team, have been able to complete simulations using compounds under the new construction.

Any changes made to tyre construction or compound have been implemented with complete team, FIA, and FOM awareness.