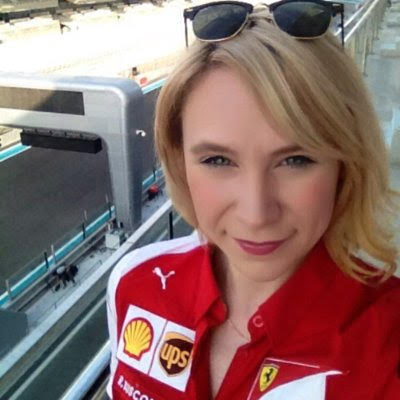 Ruth Buscombe has left her role within the race strategy team at Ferrari to join the Haas F1 Team. In an expanded position of Chief Strategist Ruth will attend all races with the team and take overall responsibility for the development of the team’s strategy on track over a race weekend.  Guenther Steiner explained that the move came about following a recommendation from James Allison.

Whilst the Scuderia were sorry to see Ruth leave back in November 2015, they felt the move to The Haas F1 team would be preferable to a move to another competitor.

Ruth has returned from Maranello to the UK and is based at the Banbury facility forming part of the 110 strong team supported by a number of contractors across each of the Haas F1 team locations. Ruth Buscombe is the only permanent member of the Haas F1 team to have moved from Scuderia Ferrari.

Ruth joined Ferrari as a MEng graduate from the University of Cambridge having studied Aerospace and Aerothermal Engineering.  Her Master Thesis, which was conducted in conjunction with the FIA and supervised by Tony Purnell (Former Jaguar and Red Bull Team Principal), was on the effect of the DRS on the F1 Racing Spectacle.