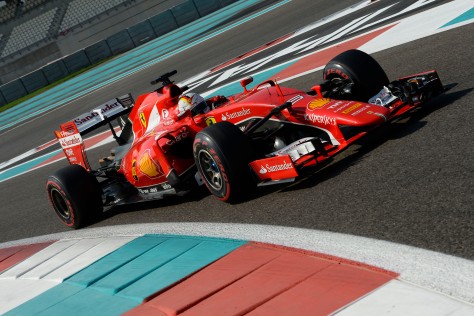 Reports are emerging that the plans for radical change in the 2017 F1 Technical Regulations are being increasingly toned down over fears that cars may become too fast with the targeted 5 seconds per lap improvement in performance possibly leading to safety issues.

As reported on Auto Motor und Sport (German), in a Technical Working Group meeting, discussions around these fears have lead to a recalibration of the proposed regulations.

Proposals to increase the width of the car at the widest point, the tyres, to 2 metres have been retained, but the bodywork between the axles will not increase to the planned 180 cm but remain at 140 cm, leaving a substantial area of uncovered floor. Also shelved are plans for a larger diffuser and changes to the front and rear wings which under earlier proposals had been set from dramatic change, with the diffuser set to double in height and the rear wing increase in width.

With this proposed watering down of the regulation change it is anticipated that only 25% of the targeted  performance improvement will be achieved.  Sources suggest that leading non works teams have expressed frustration that the body work changes will be barely visable and the series will retain its reliance on Power Unit development leaving limited scope for aerodynamic developments.

Full 2017 regulations are set to be published in March this year to ensure teams have sufficient time to prepare for any changes. Until such time it is unlikely any clear view will be provided on how the next generation of Formula One cars will be set to look.

2 thoughts on “Formula One: 2017 Regulation changes watered down?”