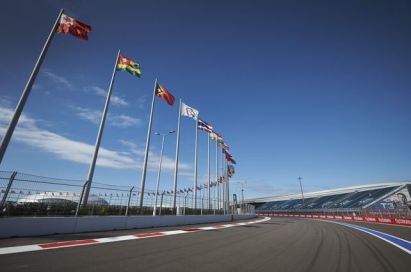 Over the weekend of the Russian GP I found myself in Austria,  unable to pick up UK F1 coverage either SKY Sports F1 (my preference) or BBC. To be honest after a rather dull race in 2014 my expectations for the race  were quite low, so trying to stay positive I looked upon the race as an opportunity to work on my German.

Discovering ORF hold Austrian rights for sport I was excited to hear through Twitter positive reports about the broadcaster, especially when compared to RTL and importantly had no breaks during the race. It then dawned on me I would get to hear interviews from the likes of Toto Wolff and Niki Lauda in their mother tongue, and I might get to hear a new perspective on the sport.

Now, I should preface this with a comment that the race coverage was good, possibly helped by a great race. Co commentary from Adrian Sutil was, different, and I definitely learned some new German. Who knew that the marbles that caught out Romain Grosjean whilst following Jenson Button through T3 were actually Gummikugeln ( yes I had visions of gummy bears attacking a Lotus) but the pre and post race interviews… terrible.

I would have thought with any language barrier removed team members and drivers, such as Hulkenberg and Rosberg would be more engaged more insightful and dare I said more entertaining. I experienced the exact opposite. It felt like Toto Wollf was reading a script and the drivers (yes I know they had bad results) couldn’t wait for the interviews to be over.

So in summary I would like to thank the production team behind the humanised presenting style the BBC launched back in 2009 when they regained the UK broadcasting rights to the sport. Both the BBC and SKY have managed to break down the 4th wall making teams and drivers real people. Perhaps this approach isn’t right for Austrian audiences, but as guy on holiday I can tell you a missed it, so much so I re watched the entire SKY Sports broadcast when I got home on Tuesday!